Veins of upper limb are superficial and deep.

It is present on anterior aspect of elbow joint. It joins cephalic and basilic vein at elbow joint. It goes upward and medially. It also gives branch to join with venae comitantes of brachial artery. It is easy accessible vein for withdrawal of venous blood and other procedures like intravenous injection. 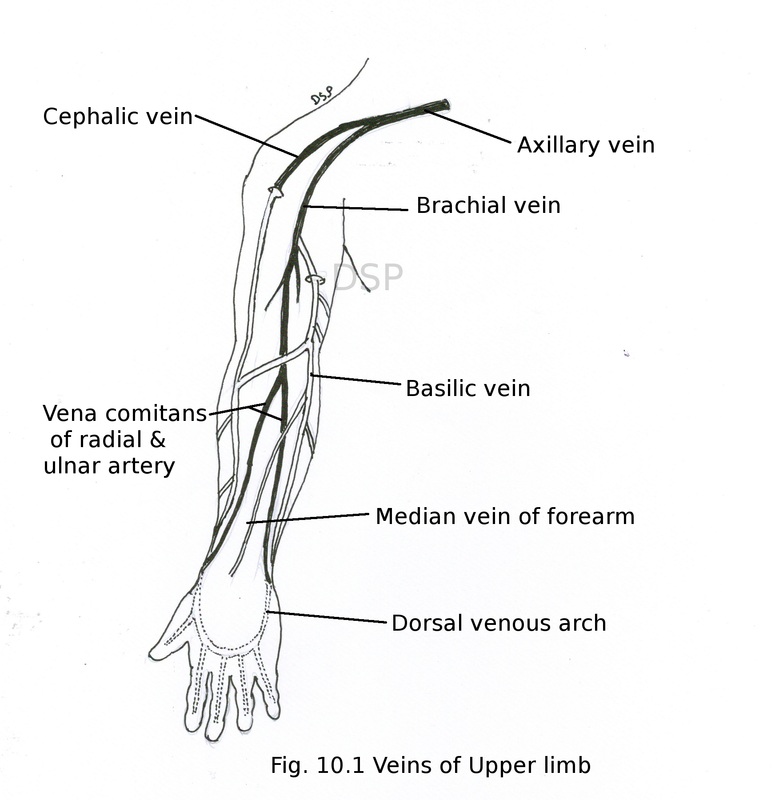 There are two sets of lymph vessels superficial and deep. These runs alongwith nerves and vessels.

Central group lie in axillary fat. It receives lymph from all other groups. It drains in to apical group. Apical group lie near apex of axilla medial to axillary vein. It receives lymph from lymphatics with cephalic vein (upper limb) and upper margin of breast and other axillary lymph nodes. It drains after forming subclavian trunk in to junction of subclavian vein and internal jugular vein. On left side it drains into thoracic duct.

Applied anatomy: Axillary lymph nodes may enlarge in infection, carcinoma (mammary gland) of area of drainage by them. 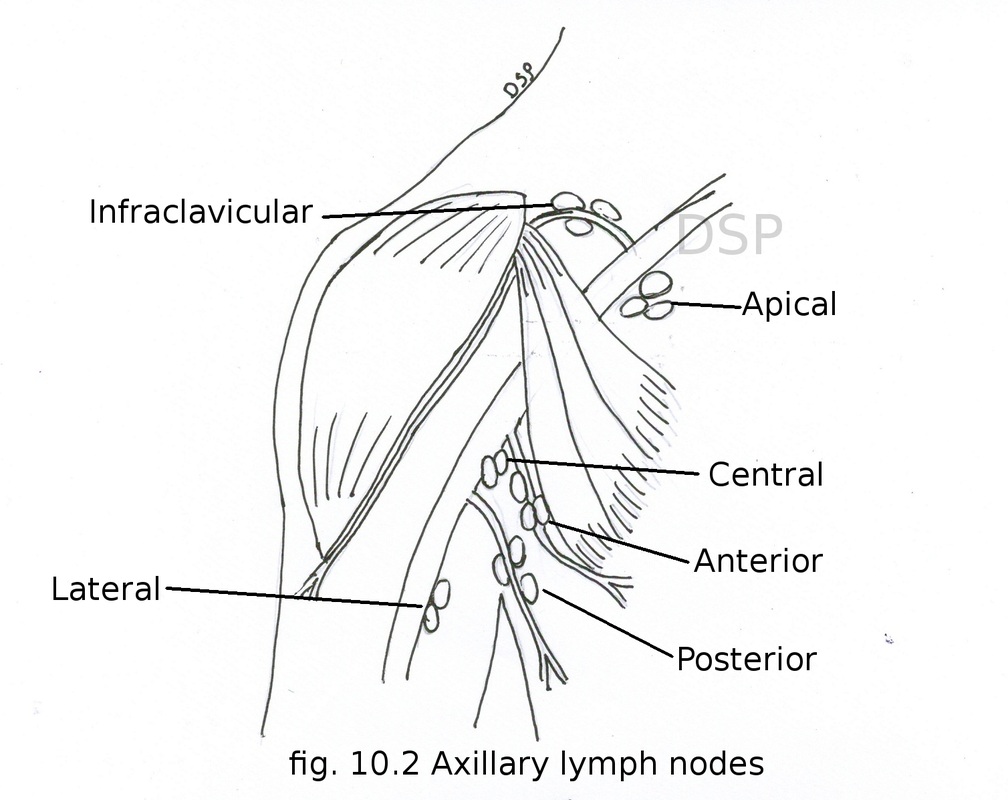 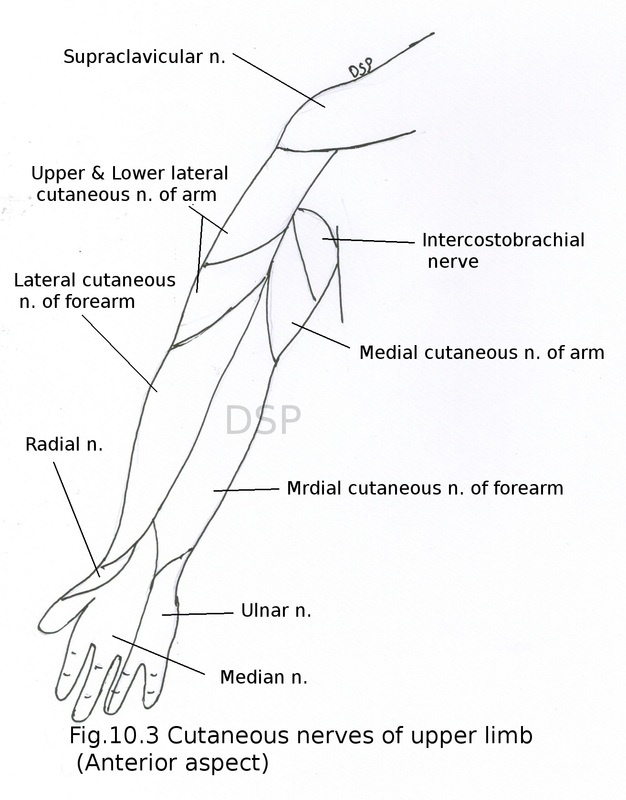 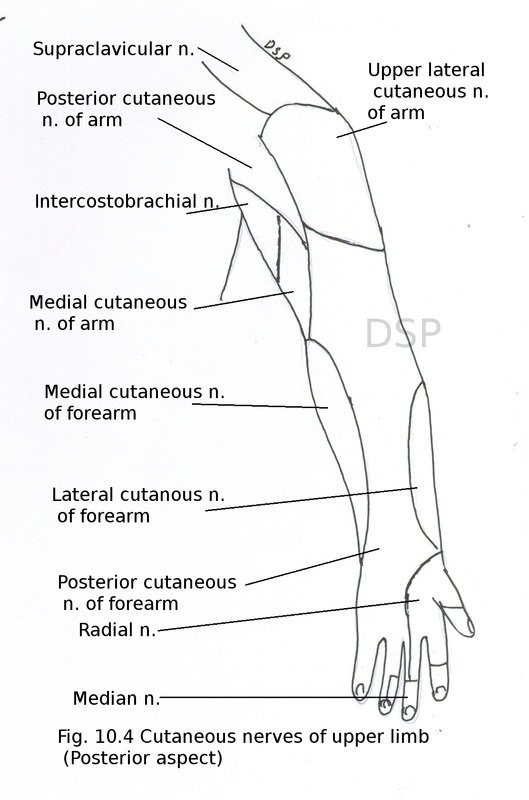