Latissimus dorsi muscle
Origin: From T 7 to T 12 spines, aponeurotic origin from spines of lumbar vertebra and sacral vertebra, posterior one-third of outer lip of iliac crest.
Insertion: Fibres of muscles goes laterally and turn around inferior margin of teres major muscle finally shows insertion in the floor or of intertubercular sulcus.
Nerve supply: Thoracodorsal nerve C6 C7 and C8.
Action: It helps in extension at shoulder joint, adduction, medial rotation of humerus. It is a climbing muscle and it helps in elevation of trunk during climbing. 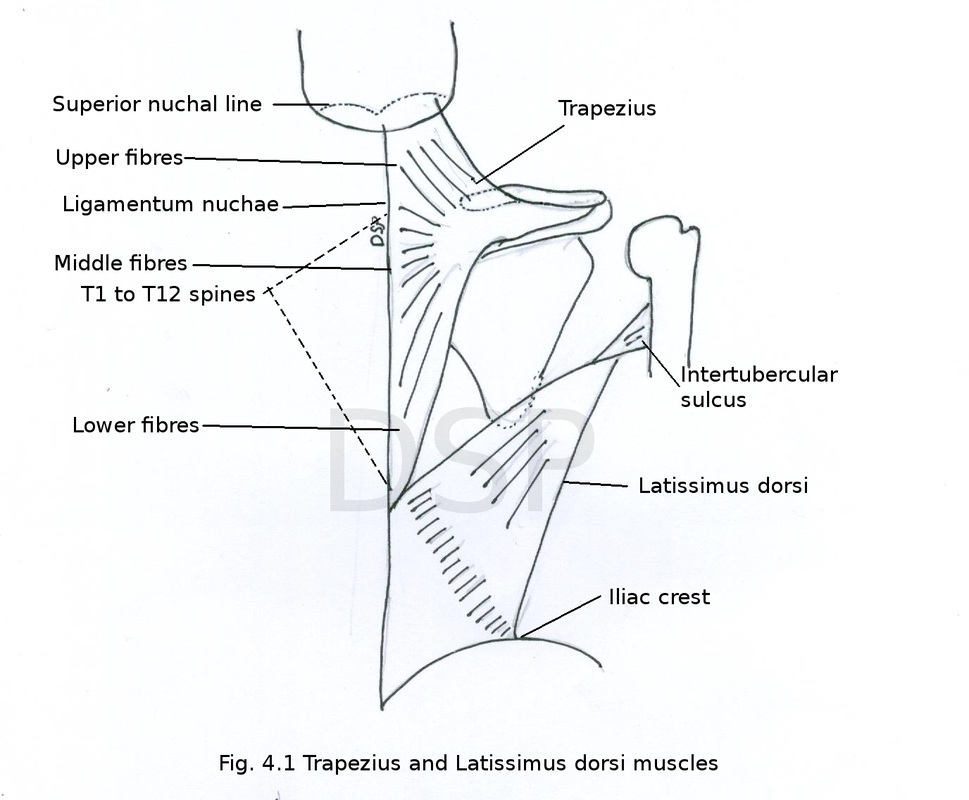 Rhomboideus major
Origin: From spine of vertebrae T2, T3, T4, T5 and supra spinous ligaments.
Insertion: It shows insertion on medial boeder of scapula from inferior angle to root of spine of scapula.

Applied anatomy
1. Axillary arch: It is a muscular slip from latissimus dorsi which crosses axillary vessels and nerves join pectoralis major or coracobrachialis or biceps brachii muscle.
2. Lumbar triangle: It is a small triangle boundaries are medially by lateral border of latissimus dorsi, laterally by posterior border of external oblique muscle and base inferiorly by iliac crest. Lumbar hernia can occur through this triangle because it is a weak area of abdominal wall.
3. Triangle of auscultation: It is a small trianglar area of chest wall. Boundaries are as follows medial by lateral border of trapezius, lateral boundary by medial border of scapula, below by upper border of latissimus dorsi muscle and floor of the triangle formed by sixth and seventh rib and seventh intercostal space. With stethoscope in this area respiratory sounds are heard also cardiac end of stomach lies here so that with stethoscope sound of liquids which passes through cardiac orifice of stomach are audible. 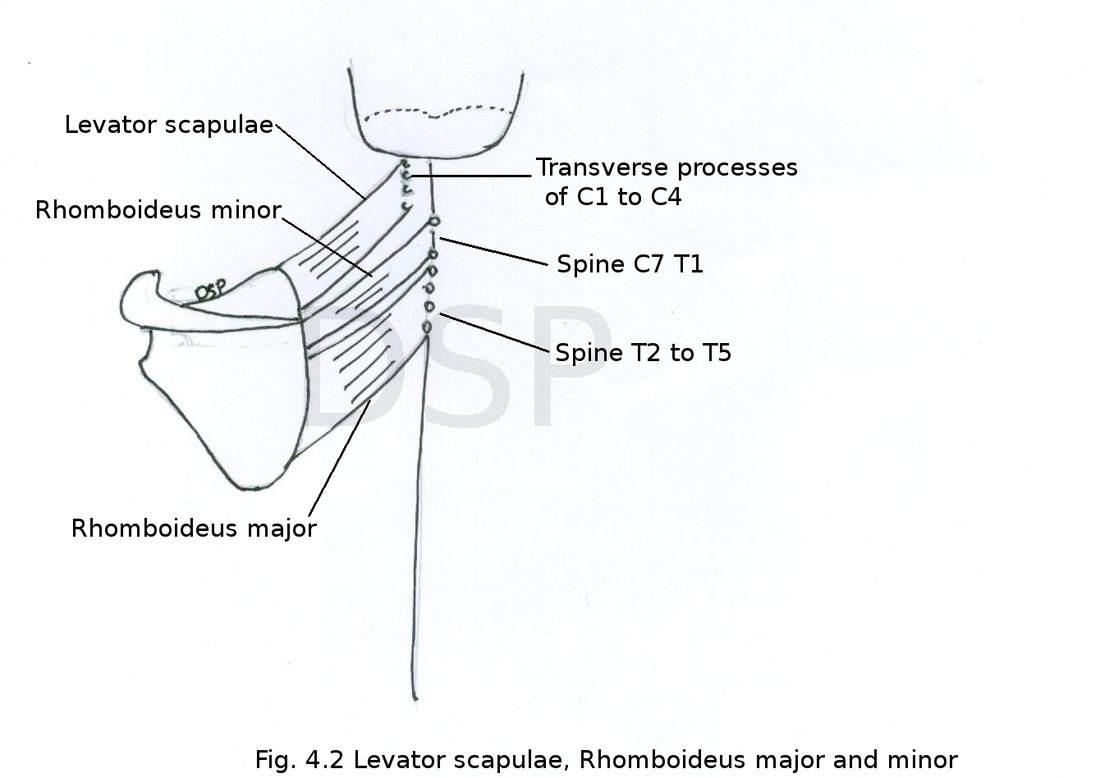